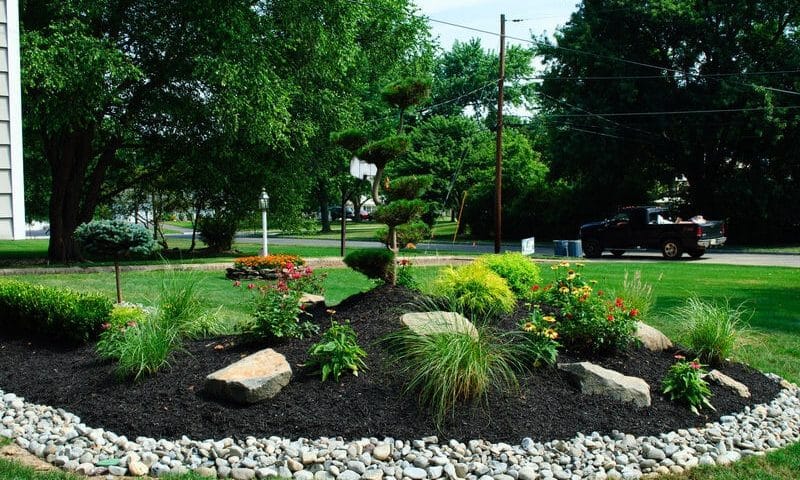 Our latest client in wanted to refresh their entire property. A full redesign of their current landscaping in the front of the house. Part of the remodel included an update their back yard and pool area. To bring the design together we tied the patio, pool deck and their new pavilion area with multiple walkways and stepping stone paths. All new hardscape design elements feature concrete pavers and blocks from Techo-Bloc. 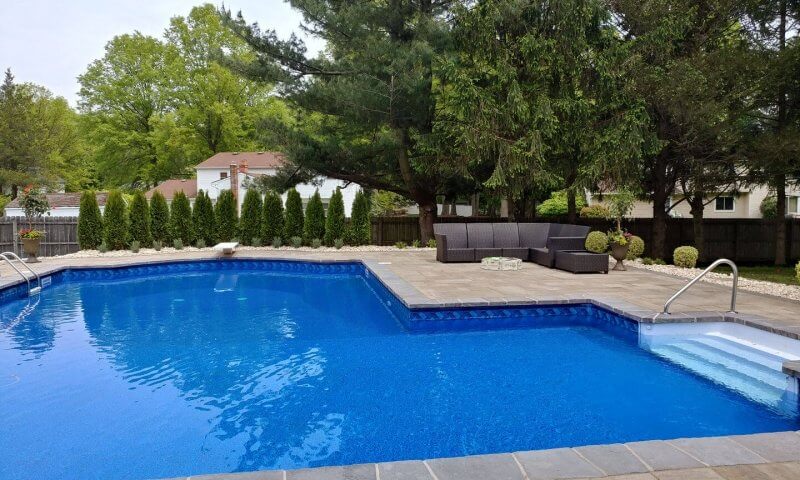 We recently completed an entire landscaping, patio, and pool deck design for a client in Marlboro, NJ.

Our clients wanted an entire make over of their backyard in Marlboro, NJ. Our designers put together a complete landscape design for the backyard including a new patio, steps, pool deck, and pool coping. 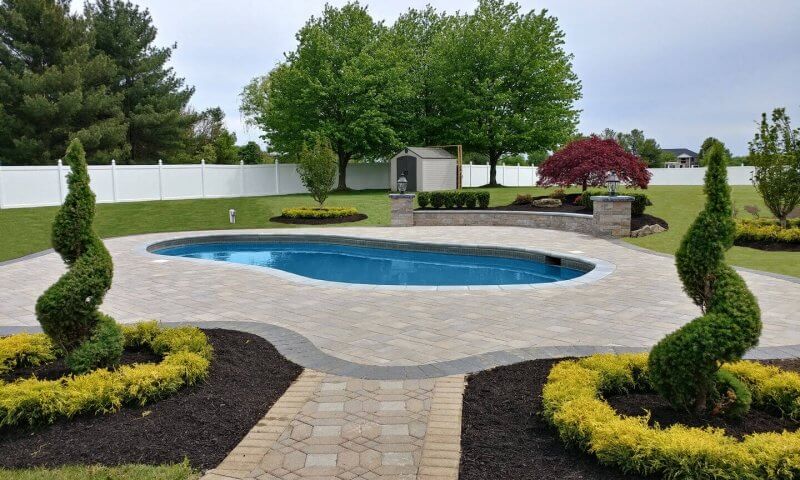 Last week we finished up our customers new pool deck and pool coping in Manalapan, NJ. 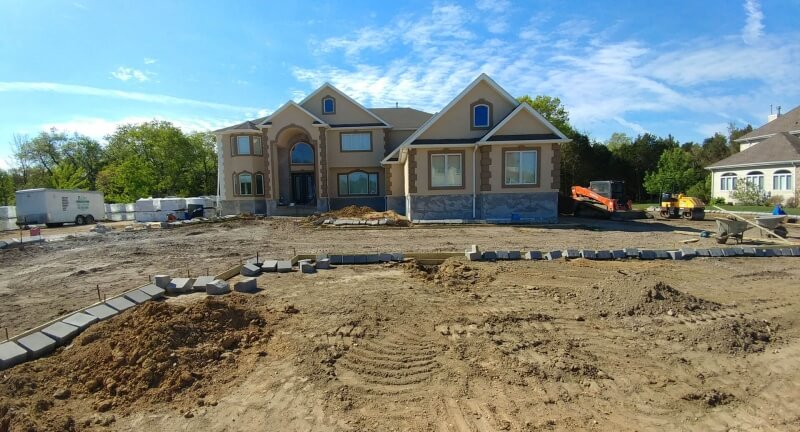 All hands are on deck in Toms River, NJ. Our latest client in Ocean County New Jersey is doing a major overhaul of their property. The site has been prepped and installation of the Techo-Bloc Industria border pavers for the driveway is progressing nicely. There is a ton of work to do before the debut of our new secret weapon and the work on the steps and pillars can begin. 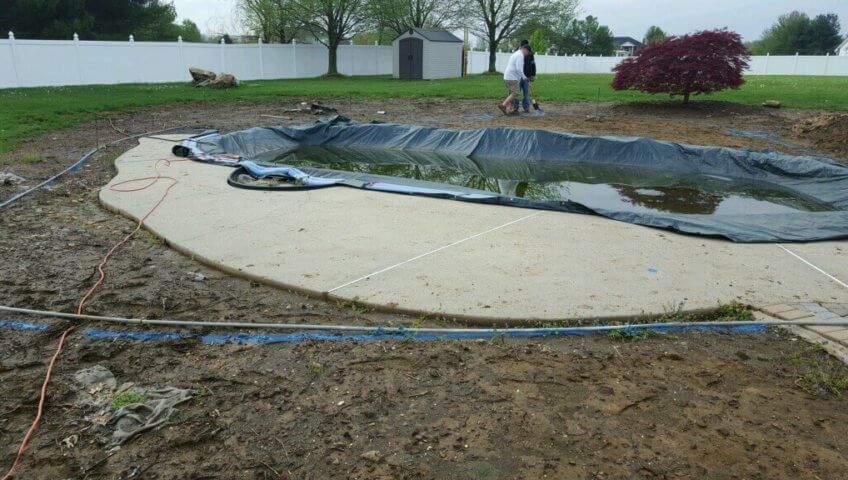 Last week we started work on our clients pool in Manalapan, NJ. We ripped out the old natural stone pool coping and replaced it with Techo-Bloc’s Travertina coping. There is still a ton of work to do as we attach the current patio and walkway to the pool deck. We also have other decorative and functional touches being added to the area. More to come!

Techo-Bloc released its Inflo tongue-and-groove paver system, which was designed for the industrial, commercial and institutional markets. According to the company, the Inflo can be used to pave large surfaces and eliminates rainwater runoff.

The Inflo pavers, which are made from concrete, allow water to be directly absorbed into the ground. They can be used for a number of applications, including large parking lots, public squares, residential streets, sidewalks, crosswalks and patios.

The Inflo system’s design and installation process is based on four variables, including type of soil, regional rainfall conditions, loads and traffic intensity. Each variable is considered when installing the system in order to ensure efficiency.